The magical rune Futhark orbits the Black Sun. This sun wheel has a diameter of about 40mm and a chain passage of about 4mm. The black sun amulet is gilded. The term "black sun" was first mentioned by the builders of the pyramids. The construction of the pyramids is attributed to a former, submerged high culture, which was to be located in all areas of knowledge and in their social and cultural expression far above today's level. According to the inscriptions and mystical verses, the creators of this high culture, the Atlanteans, the Aryans of the island of Atlantis, which was destroyed by an environmental catastrophe and since then continued to exist only in legends and myths. The sunken, legendary island of Atlantis (Hyperborea?) Suspected scientists in the North Sea, ie in the Germanic settlement and cultural area, which many ancient inscriptions confirm several times. From the ancient traditions of Babilu it can be seen that in the realm of Atlantis a "white sun" shines, radiating over the earth and giving light to the day (the sun known to us) and there over the midnight mountain a black sun inside us shines, which gives the power knowledge. That is, the "Black Sun" is not visible, but an esoteric metaphor for the light of one's inner self, the soul of the people of Atlantis, which holds in itself the wisdom of all knowledge of the beginning and end of time and announces it to others. The power of the "black sun" could never completely escape other secret societies. Parallels to the existing of twelve knight monks leading convent of the Teutonic Knights in the Marienburg, to the twelve divine Asen the Edda, who act as judges of human destiny, to the twelve knights of King Arthur. 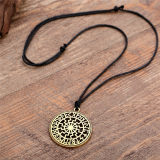 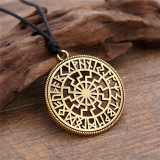 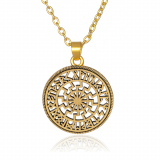 Please enter the article no. from our catalogue.

The newsletter can be canceled here or in your Account at any time.